Home » EFIC On the move: achievement to date and next steps

EFIC On the move: achievement to date and next steps 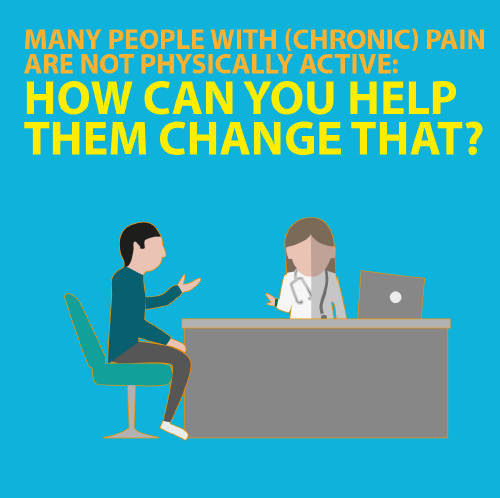 Physical activity´s well known health benefits include a reduced risk of cancer, cardiovascular disease, diabetes and improved mental health. What is less well known is that greater levels of physical activity and exercise are also associated with a lower risk of developing chronic pain.Thus, our president Bart Morlion has launched the idea of a presidential campaign, that will run across the three-year mandate of each President. The theme for 2017-2020 is ‘EFIC On the Move’ focusing on the importance of physical activity in preventing primary and secondary pain.

OUR CALL TO ACTION

All healthcare professionals should advise patients on the importance of physical activity and the role that  physical activity plays in the prevention of chronic pain. This requires knowledge, motivation, empowerment (using language that patients understand), a physical environment that facilitates change and a plan that helps them to persevere.

The campaign messages have already been widely disseminated, and we will reach out to our community across Europe to further disseminate them further and translate the material in other languages. In 2020 they will be included in the Global and European Year for Pain Prevention organized with the International Association for the Study of Pain (IASP). To evaluate the reach and impact of this campaign a survey will be launched later this year, which will help us to define the next steps.