European and Global Year Against Pain in the Most Vulnerable

The International Association for the Study of Pain (IASP) with the collaboration of the European Pain Federation EFIC® provides briefing packs and factsheets on the designated theme, so that a general message can be unified globally and across Europe.

This year’s theme is pain in the most vulnerable 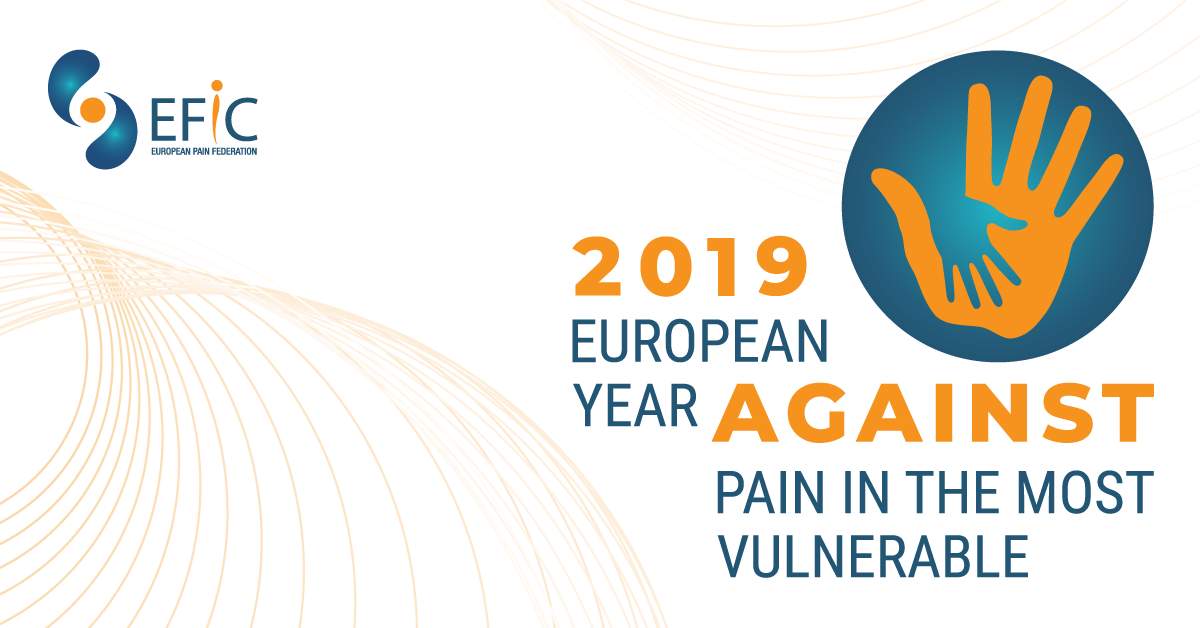 This 2019  European and Global Year Against Pain in the Most Vulnerable focuses on the following vulnerable populations:

Dedicated session at EFIC will be focused on the theme of pain in the most vulnerable – We spoke to Professor Patricia Schofield about how allied professionals can benefit from attending EYAP sessions at the upcoming congress. Watch it here

Below are Global and European Year Fact Sheets prepared by top experts on various aspects of vulnerable populations. The documents are free to download.

Pain in older persons, including pain in dementia

Pain in infants and children

Pain in survivors of torture

Check here periodically for Fact Sheets translated into one of the languages of the 37 chapters of EFIC. We will post these as they become available. Please let us know if you would like to translate the Fact Sheets and contact us at secretary@efic.org

A dor no idoso

Chronic Pain as a Consequence of Torture Assessment

Guidelines for the Management of Pain in Vulnerable Populations TRANSLATED HUN

Pain Assessment in the Most Vulnerable Children

Pain in Individuals with an Intellectual Disability

Palliative Care for the Older Person in Pain

IASP Global Year Against Pain in the Most Vulnerable